Temples in Ulhasnagar are famous not only for worship, but also as popular tourist places due to their historical importance and construction. Most of the temples in and around this land belong to Sindhi saints whom Sindhis worship. Besides these, there are many temples of Hindu gods and goddess, which were emerged during the medieval and modern period. 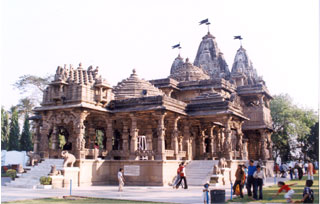 Vithal Temple, which is located in Maharashtra, is one of the most famous tourist attractions in Ulhasnagar. This temple, which is popularly known as Birla Mandir, is located next to Kalyan. The refugee camp and the magnificent temple of Lord Vitthal were constructed by the Kalyan Charity Trust. 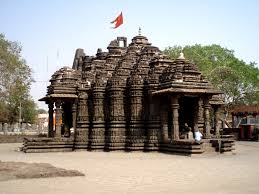 Ambarnath Temple, which is located on the Mumbai - Pune railway line at Akoli, is the only temple of its kind in India. The temple dates back to 1060 AD and is famous for its delicate complication of design. It is believed that the temple is built by King Mahamandaleshwar in the memory of his predecessor. Thousands of pilgrims visit this temple during Shivratri and fairs are held on this event.

Puj Jhulelal Temple
This is a Sindhi temple and it is dedicated to Chaliha Sahib Puj. Jhulelal. According to Sindhi belief, Puj. Jhulelal is believed to be the God of water, worshiped by Sindhis.

As most of these temples are loated within the city center, accommodation is not a big issue here. Many people from far-away places visit here daily, there are five star hotels, budget hotels, dharamshalas, MTDC guest houses as well as lodges that are available at various rates here.

Explore more about Tourism in Ulhasnagar