Ulhasnagar, which is a medium sized town, is a municipal town and is headquarter of tehsil with the same name. This town in Mumbai Metropolitan Region is situated in Thane District of Maharashtra. It is close to Mumbai with just 58 kilometers. The City is bordered by Ulhas River on the North and by Kalyan in the West. Ambernath occupies its East and South sides.

The urban lands of Ulhasnagar are subjected to various use and are classified as basic categories such as residential, industrial, commercial, agricultural, public, semi-public, recreation, transport and communication and public utilities etc. Even though the first development plan for Ulhasnagar was prepared in 1969 for a long period until 1991, it was not implemented totally and the lager part of the city is occupied with residence. The residential units actually encroached the reservations for natural drainage, open spaces and public amenities.

The description of geography of Ulhasnagar is not completed without mentioning about river Ulhas which originates from the Western Ghats near Karjat, flowing through the districts of Thane, Ulhasnagar, and Kalyan. The river has great importance in the lives of the locals as it is the main water source of the people in Ulhasnagar for various purposes. 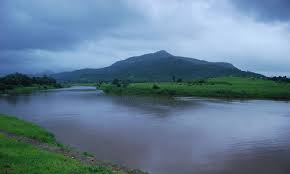 A constant average temperature prevails in Ulhasnagar throughout the year and the seasonal temperature fluctuation is mostly insignificant here. The town region of Ulhasnagar experiences May as the warmest month and January as the coldest month of the year. The first monsoon, which starts during the second week of June, will last till September end. July and August are the months when maximum rainfall is available in Ulhasnagar. 3000 mm is the annual average rainfall in the region.

Reaching to Ulhasnagar is not a difficult task, as there are adequate road and rail networks that connect Ulhasnagar to Mumbai. One national highway, two state highway and three major district roads can be used to access Ulhasnagar town. Ulhasnagar is a station on the Mumbai - Pune route of Western Railway.